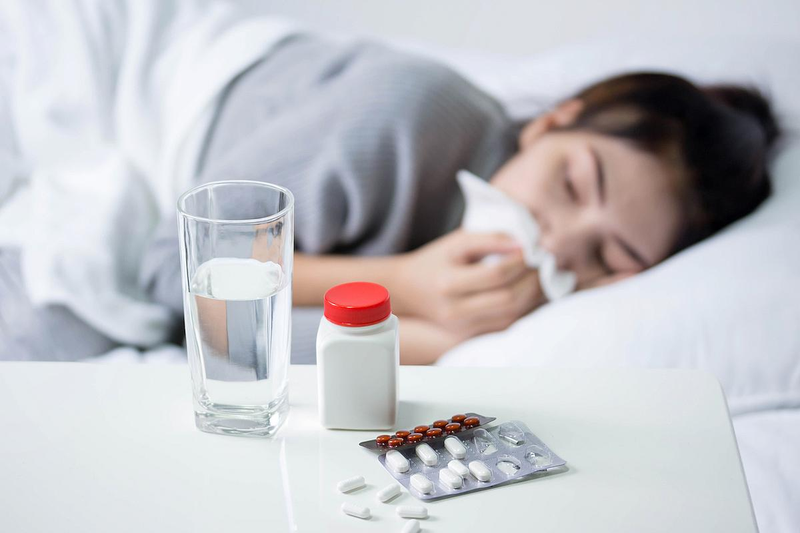 Colds are viral diseases and no antibiotic in the world can help fight it. That means that antibiotics do not always work in the treatment of symptoms such as runny nose due to colds. Besides, the use of antibiotics when not necessary can make the drug less effective can sometimes lead to antibiotic resistance.

A cold is a viral infectious disease that causes infection in the nose and throat (upper respiratory tract). It is also known as acute rhinoplasty and acute runny nose. It is a common infectious disease in humans and is mainly caused by coronavirus or rhino virus.

Colds can be transmitted through air droplets from coughing, sneezing, or touching infected surfaces.

2. Runny nose due to colds

When the virus that causes the first cold infects the nose and sinuses, then the nose secretes mucus. This helps the virus flow from the nose into the sinuses. After two or three days, with the struggle by the body's immune system will cause the fluid to change to white or yellow.

When the bacteria that live in the nose grow again during the recovery phase, the mucus will turn green at this time. This procedure is completely normal and also does not mean that a child with a cold needs to take antibiotics.

3. Does a child need antibiotics to treat a cold runny nose?

Runny nose is a very normal part of the cold. Your doctor or nurse may prescribe other medications or give you advice to help relieve symptoms such as fever and cough.

● Give your child plenty of water and rest. That will help the mucus to be diluted and easier to cough.

● Use a humidifier or steam. Hot baths can be great things that loosen mucus. Or breathe with steam from hot water.

● Use saline to spray your nose or small nose

● For young children can use rubber suction balls to clean mucus

● For older children, inhale steam from a bowl of hot water or give a shower

Colds are very common diseases that usually thrive during the intersection period around October to March of the following year. In a year, a person can get 2-3 times, but for children, the number of infections will be about 6-10 times higher because the child's immune system is not complete and the child is not able to protect himself from the source of viral infection.

Besides, the incidence of the disease also increases in older people or people with poor immune systems. The disease does not pose a danger to the body but makes the person uncomfortable and has many troubles in daily life. In the without the guidance of a doctor should not abuse antibiotics to treat the symptoms of colds as it can make the condition worse.

Dr. Nguyen Van Thai is a former Doctor of Ear Nose and Throat Surgery at The Department of Ear Nose and Throat – Hue Central Health Hub with more than 17 years of treatment experience, especially in the field of Head and Neck Surgery. Currently an Entotologist at the Interdisciplinary Clinic of the Medical and Internal Medicine Department of Share99 Da Nang International Health Hub.