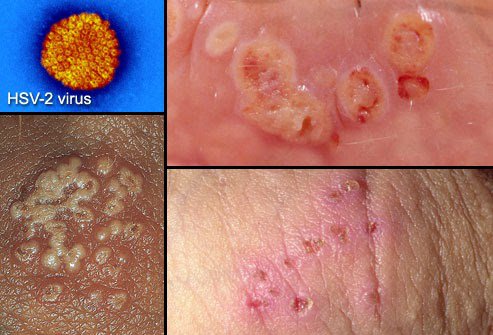 1. What is sexually transmitted disease?

Sometimes these organisms can transmit the disease without sexual contact, such as from mother to child during pregnancy, childbirth or through blood transfusions or sharing needles.

STIs may have a wide range of signs and symptoms, some asymptoatic cases. That is why they do not know of being infected until there are complications or the sexual friend is diagnosed. STIs signs and symptoms include:

Signs and symptoms may appear a few days after exposure, or it can be years, before you detect it, depending on the pathogenic organisms.

You should see your doctor immediately if:

Sexually infectious infections can be caused by:

Sexual activity plays an important role in the transmission of the disease although these diseases can also be transmitted by other means without sexual contact such as: hepatitis A, B and C, shigella and Intestinalis Giardia.

Anyone who has ever had sex that is at risk of sexual infection (unsafe) to what extent. Factors that may increase risk include:

Because many people in the early stages of STI may be asympto symptomatic, STIs screening is important in preventing complications. Complications may include:

Some cancers, such as cervical, rectal cancer are associated with HPV.

If you have a history of sexual contact and current indications that you have signs of STIs infection, the test can identify the cause and detect infectious effects.

Testing for an asymptoatic person is called screening. STIs screening is not routine, but there are exceptions:

STIs caused by bacteria are easier to treat than viruses. Viral infections can be controlled but not always cured. If you are pregnant and infected with STIs, timely treatment can prevent or reduce the risk of infection to the baby. Treatment consists of one of the following measures:

Antibiotics, usually in a single dose, can cure many sexually transmitted bacterial and parasite infections such as gonorrhea, syphilis, chlamydia and trichomoniasis. Most often, the person will be treated for gonorrhea and chlamydia at the same time because these two infections usually appear together. Once antibiotic therapy begins, it is important that the person adheres to the treatment. If the patient thinks that it will not be possible to take the medicine as prescribed, it is necessary to immediately notify the doctor so that another, simpler and shorter treatment regimen can be changed. In addition, the person must abstain from sex until the treatment is complete and all wounds have healed.

Herpes is less recurrent if used daily with an antiviral drug. Antiviral drugs reduce the risk of infection, but the person still has the risk of infecting a sexual friend. Antiviral drugs can control people living with HIV for years. But the virus persists and can still be transmitted to others at low risk. The earlier treatment begins, the higher the effectiveness. If the person is taking the drug in accordance with the instructions, the number of viruses can be reduced to almost uns detectable levels. Ask your doctor how long after treatment needs to be re-examined to make sure that the treatment is done properly and avoid reinfection.

If the test results are STIs infected, the patient's sexual friends including current and sexual friends from three months to a year ago must be notified so that they can get tested and treated if infected. Notifying a partner can help limit the spread of STIs, especially for syphilis and HIV. People at risk of infection should receive appropriate advice and treatment. When infected with STIs more than once, informing and treating a sexual friend reduces the risk of reinfection.

There are a number of measures that can avoid or reduce the risk of sexually transmitted infections, including:

Noticing that importance, Share99 International Health Hub has been continuing to implement a Package of Examination and Screening of Social Diseases to help customers screen for social diseases to detect diseases early to have an effective treatment direction, avoiding complications.