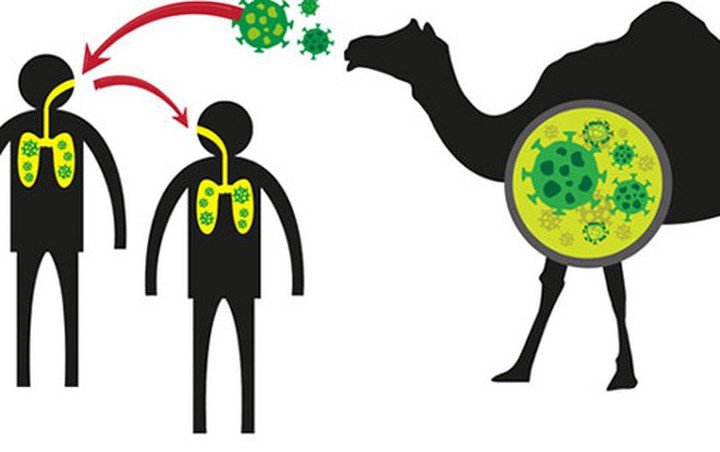 MERS stands for Middle East Respiratory Syndrome, which occurred in 2012, causing acute respiratory failure that leads to death in many countries around the world. MERS can be transmitted from person to person, especially in epidemic areas, in hospital and other healthcare facilities.

1. When does MERS appear?

Between June 2012 and June 30, 2019, there were 2449 positive cases of MERS-CoV virus that causes Middle East respiratory syndrome. Of these, 84% of cases were recorded in Saudi Arabia. MERS-CoV has spread to 27 countries in the Middle East, North Africa, Europe, Asia and the US. As of the January 2019 report, there were a total of 845 MERS deaths worldwide, accounting for 34.5% of infections.

MERS-CoV virus, belonging to the family Coronaviridae, is capable of infecting and causing diseases to humans, mammals and some birds. The MERS virus has been identified as a new strain of coronavirus capable of causing rapidly progressive respiratory infections in humans, especially in the elderly and young children, who may be weak or suffering from other chronic diseases. MERS-CoV has been identified as different from all strains of coronavirus that have been found in humans, and is also different from the SARS-CoV strain that caused the SARS epidemic in 2002-2003. However, similar to SARS-CoV, MERS-CoV is also derived from bats that infect humans through camel-medial intermediates.

Many cases that have been positive for MERS-CoV have progressed rapidly into serious respiratory diseases, especially causing severe pneumonia. Symptoms include fever, cough, and shortness of breath. There may also be many millions of eggs that have been reported in some cases including muscle pain and aches, diarrhea, vomiting.

There is already evidence that MERS-CoV originated originally from bats, which infect humans through camels. A multinational team of researchers including Germany, Britain, Russia and Saudi Arabia found MERS-CoV existed in nearly 23% of camel research groups in Saudi Arabia, showing high rates of viral presence and a high risk for camel caregivers. The team also found that MERS-CoV appeared more in camels of Saudi domestic origin, compared to camels of African origin (Azhar 2014; El-Kafrawy 2019).

As a result, WHO has issued recommendations for the transmission of MERS-CoV from camels to humans in the Arabian Peninsula with the risk of human-to-human infection, mainly in hospitals or other medical facilities, mainly in Saudi Arabia. In addition, there exists the risk of spreading to the community through trade and tourism activities between countries in the region and the world. There is no clear evidence that the virus can be transmitted from an infected person but there is no manifestation of the disease to the healer.

Diagnosis through clinical symptoms (as guided by the Ministry of Health):

The clinical condition caused by Mers-CoV consists of various symptoms, but mainly acute respiratory failure and acute renal failure, so it is necessary to distinguish from the following cases:

For suspected cases or may be required to be examined at the hospital, a specific test is performed to diagnose the risk of MERS-CoV infection. For cases with identified MERS-CoV infection, hospitalization is required for follow-up and complete isolation. There are no specific treatment drugs, so mainly only symptomatic treatment, timely detection and treatment of respiratory failure, kidney failure.