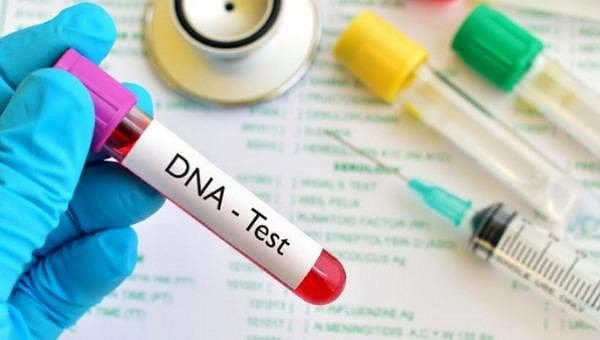 DNA is a molecule that carries genetic information, which shows how to make proteins important for the growth and development of all organisms. DNA testing can reveal changes (mutations) in genes that can affect the state of health.

DNA is an acronym for deoxyribonucleic acid, it is made up of nucleotide units. DNA is an extremely important molecule for not only humans, but for most other organisms. DNA contains genetic and genetic material – that's what makes us unique.

A complete set of DNA contains 3 billion bases, 20,000 genes and 23 pairs of chromotypes. We inherit half the DNA from my father's sperm and half from my mother's eggs.

In fact DNA is very vulnerable to destruction, it is estimated that there are tens of thousands of events that harm DNA that occur daily in each of our cells. These damages can occur due to DNA replication errors, due to free radicals and by our exposure to UV radiation. But fortunately, our cells have specialized proteins capable of detecting and repairing many cases of DNA being destroyed.

DNA contains the necessary instructions for an organism to grow, grow and spawn. These instructions are stored in the chain of nucleotide base pairs. Cells read the code at a time to make proteins necessary for growth. Each group consists of three bases corresponding to specific amino acids, which are building blocks of proteins.

Mutations occur when changes in the DNA sequence appear. Mutations can be a worry but at the same time a good point. If the mutation leads to changes in the DNA code, which acts on the way proteins are made, then it is a bad thing because once the protein does not work properly, it will facilitate the appearance of the disease. For example, cystic fibrosis and anemia due to sickle cell formation. In addition, mutations are also the basis for the development of cancer.

For example, if genes that encode proteins associated with cell growth are mutating, cells can grow and divide out of control and cause cancer. Some cancer-causing mutations can be heredic. Meanwhile, some other mutations can be suffered when exposed to carcinogens such as UV radiation, chemicals or tobacco smoke. However, we should also note that some mutations are completely harmless and in another way it contributes to our diversity.

2. How information from DNA code is transmitted to proteins and cell division mechanisms

DNA contains a code that informs the cell through a two-step process: First, two dna strands separate. Then the special proteins in the iona read the base pairs on the DNA sequence to create an intermediate transmission molecule. This process is called transcription and the molecule produced is called information RNA (mRNA- is a type of nucleic acid). It goes out to the rye, which serves as a message for the protein-building mobile apparatus. In the second step, the specialized components of the cell read the mRNA message, three pairs of bases at once and work to assemble a protein, amino acids with amino acids. This process is called translation.

The cells of the body divide as a normal part of growth and development. When this happens, each new cell must have a complete copy of the DNA. To achieve this, DNA must go through a process called replication. When this happens, the two DNA strands separate. Then specialized cell proteins use each strand as a sample to create new DNA strands. When the replication is complete, there are two double-stranded DNA molecules. A set will enter each new cell when the division process is complete.

3. The meaning of DNA testing

DNA testing (genetic testing) plays an important role in determining the risk of developing certain diseases as well as performing screening for timely medical interventions. Different types of genetic tests are carried out for different reasons:

Diagnostic tests are carried out to identify mutation genes or to identify potentially heredity diseases. For example, genetic testing can be used to confirm the diagnosis of cystic fibrosis or Huntington's disease.

Pre-clinical testing. If the family has a history of hered genetic disease, genetic testing can show how likely it is to suffer from the condition. This type of test can be useful to determine the risk of certain types of colorectal cancer.

Wearable tests. If the family has a history of genetic disorders, such as sickle cell anemia or cystic fibrosis, they may choose to have a genetic test before having children. Carry-on testing can detect genes associated with a variety of diseases and genetic mutations and can determine if a spouse is a person with the same condition.

Pre-production testing. If you are pregnant, this test may detect some type of abnormality in the baby's genes. Down syndrome and trisomy syndrome 18 are two genetic disorders that are usually screened as part of pre-birth genetic testing. Traditionally, this test is performed when looking at signs in the blood or by invasive tests such as amniotic puncture. Newer test called cellless DNA test that examines baby's DNA through blood test performed on mother

Newborn screening. This is the most common type of genetic test, this type of test is important because if the results show that there is any disorder that appears such as congenital incalypinal incaly impaired, sickle cell disease or phenylketonuria (PKU), then the patient will be treated immediately

Pre-transplant testing. Also known as pre-transplant genetic diagnosis, this test can be used when you try to conceive a child through in vi vismable fertilization. Embryos are screened for genetic abnormalities. Abnormal embryos implanted in the uterus in the hope of pregnancy

A fingerprint DNA test is a chemical test that shows the genetic structure of a person or other living organism. It is used as evidence in courts, to identify bodies, track blood relatives and seek cures for the disease.

DNA is key to our development, reproduction and health. It contains the necessary instructions for cells to make proteins that affect many different processes and functions in the body. Because DNA is important, damage or mutations can sometimes contribute to the development of the disease. However, it is important to remember that mutations can also benefit and contribute to our diversity.