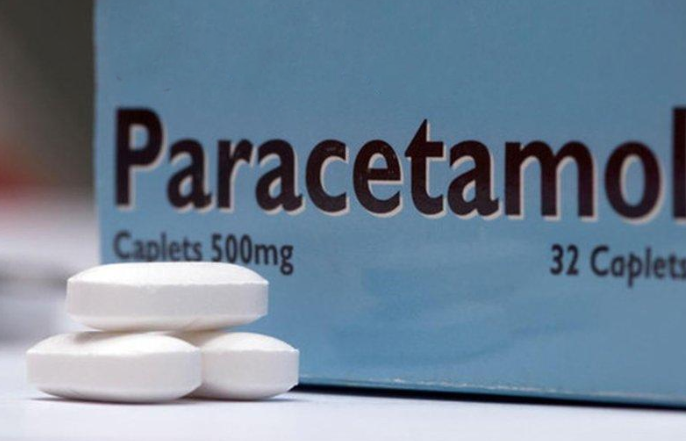 The drug contains the active ingredient paracetamol which has an analgesic, antipyretic effect that is widely used and can be purchased in a pharmacy without a prescription by a doctor. However, paracetamol can still cause poisoning when the patient abuses to self-treat with repeated overdoses.

1. When is paracetamol poisoning?

Medicines for flu treatment, analgesia, anti-inflammatory, antipyretic, runny nose have no paracetamol component. It is a drug that can be purchased at pharmacies without a doctor's prescription and is also not limited in number per purchase. It is for this reason that the number of patients admitted to hospital due to paracetamol poisoning is increasing. This is a type of poisoning that is easy to encounter but easily missed and not diagnosed in time.

Drugs containing paracetamol will reach peak concentrations after 4 hours from ins mode of administration. According to the ulfate and glucuronide paths, 90% of paracetamol is converted in the liver, the remaining 10% is converted by the cytochrome P-450 enzyme system into N-acetyl-p-benzoquinoneimine (NAPQI). The cytochrome P-450 enzyme system is mainly located in the liver.

Using paracetamol at a dosage of 150 mg/ kg of weight will cause poisoning. In adults weighing 50 kg, a dose of 7.5 gr of paracetamol once is leading to hepatitis intoxication – If not given emergency, timely treatment can lead to death. In patients with pre-existing chronic liver disease, lower doses can also damage liver cells. In case of chronic viral hepatitis, only 4gr of paracetamol should be taken within 40 hours of toxic hepatitis.

Taking paracetamol overdose causes sulfate to be saturated and toxic to the liver. NAPQI binds to the liver cell membrane, which, when exceeding the amount allowed, napql damages the double lipid membrane of the liver cell. In the liver contains a substance called Glutathione – it is the main antioxidant, which has the effect of binding and neutralizing NAPQI. Paracetamol poisoning occurs which leads to depletion of glutathione and damage to the liver. Region 3 of the liver – The urinary center is the area with the main amount of liver cells damaged, since in this region the concentration of oxidizing substances is the largest. In case paracetamol poisoning is very severe causing necrosis, it can spread to areas 1 and 2 of the liver. NAPQL also follows the mechanism of causing liver damage that necrosis of the renal tubular.

When the patient is admitted to the hospital in an emergency condition, the first thing the doctor needs to do is stabilize the patient's condition, especially in respiratory, respiratory and neurological conditions.

3.1 Removal of toxins from the body

If the new patient is taking paracetamol-containing medication within 1 hour, vomiting measures will be applied. In case the patient takes the drug within 6 hours, it is necessary to wash the stomach. After the patient is vomiting or gastric rinsing, activated charcoal will be given at a dosage of 1g/ kg, in combination with equivalent dose sorbitol.

Patients who receive an early emergency, have not had hepatitis or mild hepatitis will be prescribed the antidestaltic N-acetylcysteine, NAC. It is a simple but highly effective antid poison that avoids or improves hepatitis, grams of impairment, reduces brain edema rates, reduces the use of vascular medications, and reduces the likelihood of death.

Use the drug should carefully read the instructions for use from the manufacturer or the advice of the prescribing doctor, take the correct dose and drink more water. The drug contains the main ingredient paracetamol dosage recommended for adults is 4 – 6 tablets / day (paracetamol content 500 mg / tablet). It is best to take only at a dose of 4 pills for 24 hours. If the patient after taking paracetamol in accordance with the prescribed dose without improving fever or analgesia, the patient should be taken to the hospital for support by other measures, it is not recommended to arbitrarily increase the dose of paracetamol.