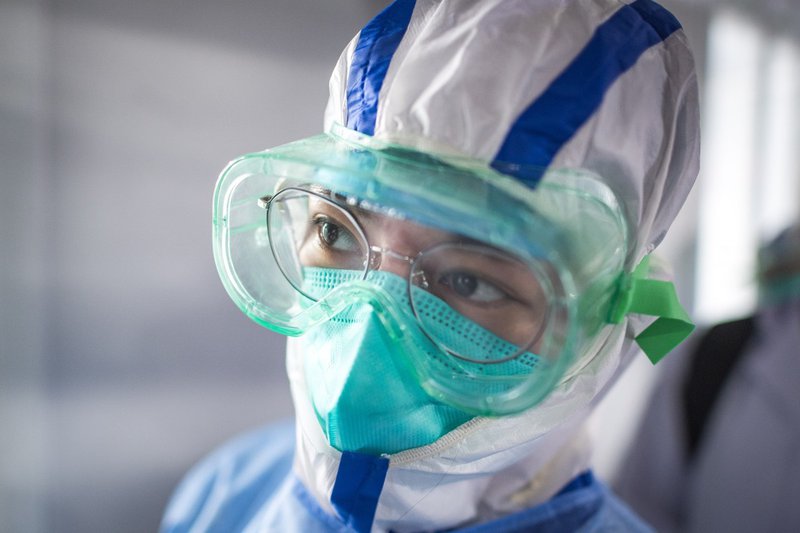 SARS – Severe acute respiratory syndrome caused by the SARS virus, which is a strain of coronavirus. The SARS epidemic is almost outbreak worldwide and becomes a pandemic.

The global outbreak of severe acute respiratory syndrome (SARS) is epidemiologically related to an outbreak believed to have started in November 2002 in Guangdong Province, China. SARS then spreads to other countries and regions, such as Hong Kong SAR of China, Vietnam, Singapore, Canada and Taiwan. At the end of the outbreak, the outbreak appeared in 26 countries with a population of 8,098 people and 774 deaths.

The first SARS patient in Vietnam was admitted to the hospital on February 26, 2003, and the last patient was admitted to the hospital on April 8, 2003. After the discovery of the first case, experts worked very hard , together with who's cooperation to develop epidemic prevention activities. A lot of investigations are conducted carefully and thoroughly since the first case was discovered. All cases involving patients are examined, including their families, those who have been in contact with the sick, and those who have been in contact with medical staff. Reports have been synthesized for presentation to the Government, and the Working Group has been established, headed by Professor Nguyen Van Thuy, Deputy Minister of Health. The task force conducts regular meetings with experts and professors of the relevant agencies who have made many recommendations. Recommendations are made hourly, daily to deal with the situation of the epidemic that is always changing unexpectedly. In the beginning, from March 1 to 15, 2003 the situation became more complicated. Many WHO experts from Japan are invited to help Vietnam find solutions to this problem. At the same time, experts conducted tests at various laboratories: Tokyo, CDC and NIHE to identify the pathogen.

The average age of patients infected with SARS was 40.8 years, of which 39 were female, accounting for 62.9%.

The most prominent symptom when hospitalized is discomfort and pain c . Less than a quarter of patients had symptoms of the lower respiratory tract when admitted to the hospital, including dry cough (22.6%), chest pain (24.2%) and shortness of breath (19.4%). The percentage of patients reported showing signs of dry cough at any time during the duration of the disease increased to 90.3%. Other lower respiratory symptoms also become more pronounced after the patient is admitted to the hospital. Symptoms of the upper respiratory tract are reported to be not manifested clearly. 79% of patients with the disease show signs of fever, at a rate of 66.1% of patients with fever> 38 ° C, although, in theory, all patients have a fever during the period of illness.. At the time of admission, 47 patients (75.8%) abnormal chest x-ray results. X-rays of the remaining 15 patients showed abnormalities of 2 to 7 days from the date of admission. When admitted to the hospital, X-ray changes are mostly interstitial, lateral or unilateral infiltration, affecting less than two-thirds of the lungs. The maximum X-ray changes during the illness are mainly interstitial or opaque infiltration on both sides affecting more than two-thirds of the lungs. The degree of change on chest x-rays does not always interact with the severity of the disease . Twenty-seven patients received bio-blood tests. For these patients, 34.5% had an increased concentration of alanine aminotransferase and 42.9% had abnormally high levels of aminotransferase aspartate. Hyponatremia was observed in 29.6% of patients admitted to the hospital and 14.8% of patients with hypokalemia.

After a while, with the best efforts of the Government, the establishment of the Steering Committee for Disease Prevention and Control, headed by the Minister of Health, and the close cooperation of the authorities, epidemic prevention organizations in the world, the SARS epidemic in Vietnam was controlled from March 20 and to April 28, 2003 – The Health Organization The World (WHO) officially removes Viet Nam from its list of countries with Severe Acute Respiratory Syndrome (SARS).

This comes after careful monitoring of the current situation, in which no cases of SARS have been reported since April 8 and no cases have spread to other countries. Viet Nam has prevented an outbreak caused by the SARS virus.

Viet Nam became the first country to be recognized by WHO as a country to control the SARS pandemic. Viet Nam reported a total of 63 cases of SARS and 5 deaths before April 8, 2003.

More than a decade has passed, the horrors caused by SARS have not subsided.

To date, the whole world is struggling with a new epidemic – the acute pneumonia epidemic caused by the covid-19 virus. Both covid-19 and SARS virus belong to the same coronavirus strain. The consequences of these two viruses are both extremely severe and severe with a rapid rate of transmission.