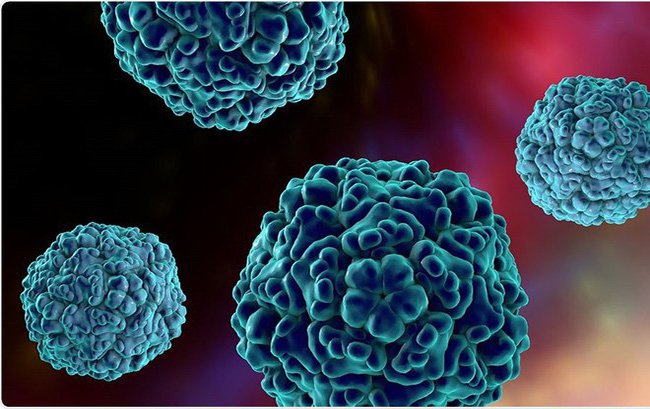 1. What is group B infectious disease?

A-dyke virus disease is an acute disease with a diverse clinical syndrome, patients are often infected with acute viruses in the upper respiratory tract with the dominant symptom of rhinitis. In special cases, the virus that causes disease in the lower respiratory tract includes: small bronchitis and pneumonia.

HIV infection is divided into 4 stages, depending on related diseases such as weight loss, opportunity infections, malignanty diseases, physical activity levels. The pathogen is caused by the HIV virus that causes immuno-deterioration in humans.

Diphtheria is an acute bacterial infection with a false mesenteritis in the pharynx, almond glands, the pharynx and nose. The disease may appear in the skin or other mucous membranes such as the conjunctivitis of the eyes, genitals. Serious lesions of the disease are mainly caused by bacterial toxins.

Influenza is an acute respiratory viral infection with the usual manifestations of: fever, headache, muscle pain, fatigue, runny nose, sore throat and cough. Cough in influenza is often severe and prolonged, which can be accompanied by gastrointestinal symptoms (nausea, vomiting, diarrhea) especially in children.

The disease usually goes mild, recovering within 2-7 days. In children, older adults, people with chronic diseases or people with immunosmmunity, influenza can be more severe such as otitis, bronchitis, pneumonia, encephalitis and even death.

Rabies is an acute viral infection on the central nervous system. The disease is transmitted from animals to humans by secretion, usually saliva infected with rabies virus. Most cases of rabies exposure are through bites or licks of diseased animals. Sometimes rabies can be infected through contact such as inhalation of a solution or a new organizational transplant infected with the rabies virus. Once there is a rabies, both animals and humans lead to death.

Vaccination of whooping cough in babies

Tuberculosis can be seen in all parts of the body such as pleura, lymph nodes, meninges, joints, peri membranes, urinary and urinary systems, intestines … of which pulmonary tuberculosis is the most common (80 – 85%) and is the primary source of transmission.

Swine streptococcus suis is caused by swine streptococcus and can be transmitted to humans. Although S.suis infection is rare in humans, people are still at risk of infection and disease when exposed to sick pigs or products from sick pigs. Manifestations of the disease are: meningitis, hemorrhage, pneumonia, myocarditis and arthritis. Severely ill people can die from bacterial toxins that cause bacterial shock, endoratitis, multi-organ failure, sepsis … Mortality can be up to 7%.

Amoeba entery is an intestinal infection, which can be in an acute, acute or chronic form. Lesions can be in the extra-intestinal position (liver, pleural, etc.)

Erythrobial entery is an acute intestinal infection caused by Shigella bacteria. The disease has a variety of manifestations (25% have apparent entery syndrome, 25% of asymptotic infections, most cases have only mild diarrhea, a few have chronic progress).

Mumps disease is caused by the viral Mumps virus, which belongs to the Rubulavirus breed and the family Paramyxoviridae. The disease is widely distributed globally but the incidence is higher in crowded areas, low life, cold climates.

The pathogen is the malaria parasite (Plasmodium). There are 4 types of parasites in humans: P.malariae, P.vivax, P.falciparum and P.ovale. In Vietnam, there are 3 types: P. falciparum, P.vivax and P.malariae. There are 4 methods of transmission: Transmitted by mosquitoes (mainly), due to blood transfusions infected with malaria parasites, transmitted by the mother to the child through the damaged placenta, by injecting blood-stained syringes with parasites.

Measles is an infectious disease, causing widespread epidemics everywhere in the world, especially in the pre-vaccination period. The disease is common in children. Over 90% of people before the age of 20 already have measles, which is very rare. It is estimated that every year about 100 million cases and 6 million people die from measles.

Foot – hand – mouth disease is an infectious disease that can cause epidemics, which occur all year round but are common in summer, autumn. The disease mainly occurs in children under 10 years of age, which can also be encountered in adults as well. Young children, children and adolescents are very susceptible to infection and disease because there are few antibodies.

Anthroths are acute bacterial infections, which damage the skin, rarely cause damage to the mouth-throat, lower respiratory tract, mediascinal or lesions in the digestive apparatus. The pathogen is bacillus anthracis.

Viral diseases. When spreading the disease from another person, it manifests it 2-3 weeks later. First appear a lot of small, red, itchy nodules, these nodules become blisters, break off and eventually close. Acne begins to appear on the person and then on the face, spreading to the hands and feet. There may be water 4th guesses, blisters, scabs with mild fever at the same time.

Typhoid is an infectious disease caused by salmonella typhi. Sudden onset with prolonged high fever, headache, fatigue, loss of appetite, slow pulse, constipation or diarrhea, dry cough. However, there are also mild or asymptoatic cases. The incubation period depends on the number of bacteria entering the body, on average from 8-14 days.

Tetanus is an emergency disease caused by the external toxins of tetanus bacteria (Clostridium tetani) that develop at the wound under anaerobic conditions. Symptoms are muscle spasms accompanied by pain, first pain in the chewing muscles, facial muscles, nape muscles and then the body muscles.

Ruth is an acute viral infection. Mild fever oncinal disease, headache, fatigue, mildly secreted rhinitis and inflammation of the eye conjunctivitis. After that, swelling of the lymph nodes behind the ears, occipital, behind the neck and rash about 5-10 days. The rash appears on the face and then spreads the whole body, almost like a measles or rash. About 50% of cases of romanian disease do not have a rash.

There are many viruses that cause hepatitis. Hepatitis A, B, C, D, E viruses have been identified so far.

Meningococcal meningitis is an acute bacterial infection that occurs suddenly with symptoms of fever, severe headache, nausea/vomiting, a stiff neck, often accompanied by a star-shaped hemorrhage or blisters. There are cases of sudden manifestations of fatigue, the appearance of hemorrhagic plaques and even shock. If detected early and actively treated, the mortality rate is only 5-15%.

Jaundice spiral disease is a disease transmitted by animals to humans. The disease has a variety of clinical forms from hidden bacterial infections, mild non-jaundice, or non-manifestations of meningitis to typical acute bodies, severe jaundice.

Rotavirus is an urgent disease caused by the virus, common in young children with symptoms of vomiting, diarrhea, abdominal pain, dehydration. The disease easily leads to vascular failure and death if not treated in time.